Here's IrishCentral's list of the top 20 Irish novels you should read before you die.

1. James Joyce - "Ulysses" (1922)
"Ulysses" was first serialized in parts in the American journal The Little Review from March 1918 to December 1920. It has been called one of the most important works of Modernist literature. The novel chronicles the passage of Leopold Bloom through Dublin during an ordinary day, 16 June 1904.

2. Oscar Wilde - "The Picture of Dorian Gray" (1890)
This is the only published novel by Oscar Wilde. It first appeared as the lead story in Lippincott's Monthly Magazine on 20 June 1890, printed as the July 1890 issue of this magazine. The novel tells of a young man named Dorian Gray, the subject of a painting by artist Basil Hallward. Basil is impressed by Dorian's beauty and becomes infatuated with him, believing his beauty is responsible for a new mode in his art. Dorian meets Lord Henry Wotton, a friend of Basil's, and becomes enthralled by Lord Henry's world view. The Picture of Dorian Gray is considered a work of classic gothic horror fiction with a strong Faustian theme.

3. James Joyce - "A Portrait of the Artist as a Young Man" (1916)
This semi-autobiographical novel describes the formative years of the life of Stephen Dedalus, a fictional alter ego of Joyce and an allusion to the consummate craftsman of Greek mythology, Daedalus.

4. John McGahern - "Amongst Women" (1990)
"Amongst Women" tells the story of Michael Moran, a bitter, ageing Irish Republican Army (IRA) veteran, and his tyranny over his wife and children, who both love and fear him. It is considered McGahern's masterpiece.

5. Flann O'Brien - "At Swim Two Birds" (1939)
At Swim-Two-Birds is a 1939 novel by Irish author Brian O'Nolan, writing under the pseudonym Flann O'Brien. It is widely considered to be one of the most sophisticated examples of meta-fiction. The novel was included in TIME magazine's list of the 100 best English-language novels from 1923 to 2005. It is now being made into a feature film by Brendan Gleeson.

6. Oscar Wilde - "Importance of Being Earnest" (1895)
Although this one isn't a novel it's certainly one of the best told stories with some of the quickest most brilliant one-liners. "The Importance of being Earnest, A Trivial Comedy for Serious People" was first performed on 14 February 1895 at St. James's Theatre in London, it is a farcical comedy in which the protagonists maintain fictitious personae in order to escape burdensome obligations.

7. Jonathan Swift - "Gulliver's Travels" (1726)
"Travels into Several Remote Nations of the World, in Four Parts. By Lemuel Gulliver, First a Surgeon, and then a Captain of Several Ships", better known simply as "Gulliver's Travels", is a novel by Irish writer and clergyman Jonathan Swift that is both a satire on human nature and a parody of the "travellers' tales" literary sub-genre.

8. Flann O'Brien - "The Third Policeman" (1967)
This classic initially failed to find a publisher. The author withdrew the manuscript from circulation and claimed he had lost it. The book remained unpublished until his death in 1966. It then found a massive cult following.

9. Bram Stoker - "Dracula" (1897)
Dracula has been assigned to many literary genres including vampire literature, horror fiction, the gothic novel and invasion literature. Stoker did not invent the vampire, the novel's influence on the popularity of vampires has been singularly responsible for many theatrical, film and television interpretations since its publication.

10. John Banville - "The Book of Evidence" (1988)
The book is narrated by Freddie Montgomery, a 38-year-old scientist, who murders a servant girl during an attempt to steal a painting from a neighbor. Freddie is an aimless drifter, and though he is a perceptive observer of himself and his surroundings, he is largely amoral.

11. Patrick McCabe - "The Butcher Boy" (1992)
The Butcher Boy is set in a small town in Ireland in the late 1950s. It tells the story of Francis 'Francie' Brady, a schoolboy who retreats into a violent fantasy world as his troubled home life collapses.

12. James Plunkett "Strumpet City" (1969)
"Strumpet City" is a historical novel by James Plunkett set in Dublin at the time of the Dublin Lock-out. The novel is an epic, tracing the lives of a dozen characters as they are swept up in the tumultuous events that affected Dublin between 1907 and 1914.

13. C. S. Lewis - "The Lion, the Witch, and the Wardrobe" (1950)
This is the first-published book of The Chronicles of Narnia and is the best known book of the series. Although it was written and published first, it is second in the series' internal chronological order, after The Magician's Nephew. Time magazine included the novel in its TIME 100 Best English-language Novels from 1923 to 2005. It has also been published in 47 foreign languages.

14. Edna O'Brien - "The Country Girls" (1960)
The Country Girls was the first novel written by Irish author Edna O'Brien. It was released in 1960, and later made into a movie. It tell the story of Kate and Baba who have spent their childhood together. As they leave the safety of their convent school in search of life and love in the big city, they struggle to maintain their somewhat tumultuous relationship.

15. Samuel Beckett - "Molloy" (1951)
At first the book concerns two different characters, both of whom have interior monologues in the book. As the story moves along the two characters are distinguished by name only as their experiences and thoughts are, to say the least, similar. The novel is set in an indeterminate place, most often identified with the Ireland of Beckett's birth. It was written in Paris, along with the other two books (Malone Dies and The Unnamable) of "The Trilogy".

17. Brian Moore - "Judith Hearne" (1955)
"Judith Hearne" is an unflinching and deeply sympathetic portrait of a woman destroyed by self and circumstance. First published in 1955, it marked Brian Moore as a major figure in English literature and established him as an astute chronicler of the human soul.

18. Elizabeth Bowen - "The Last September" (1929)
The Last September is Elizabeth Bowen's portrait of a young woman's coming of age in a brutalized time and place, where the ordinariness of life floats like music over the impending doom of history. In 1920, at their country home in County Cork, Sir Richard Naylor and his wife, Lady Myra, and their friends maintain a skeptical attitude toward the events going on around them, but behind the facade of tennis parties and army camp dances, all know that the end is approaching — the end of British rule in the south of Ireland and the demise of a way of life that had survived for centuries.

19. Lawrence Sterne - "Tristram Shandy" (1760)
"The Life and Opinions of Tristram Shandy, Gentleman" humorously chronicles the life of Tristram Shandy; this comic account is intertwined with his thoughts and philosophies regarding various issues. The novel is typographically very unusual in a style that is Sterne's own all the way.

20. Jennifer Johnston - "How Many Miles to Babylon?" (1974)
The story is the complex tale of a friendship between two boys in Wicklow, Ireland prior to and during World War I. Alec, the son of Anglo-Irish parents grows up lonely and friendless on his parents' estate in Wicklow during the early years of the 20th century. 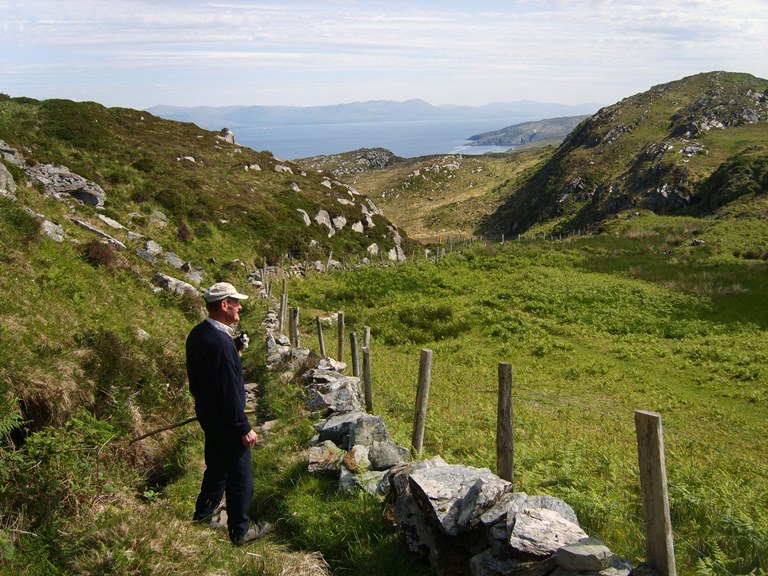 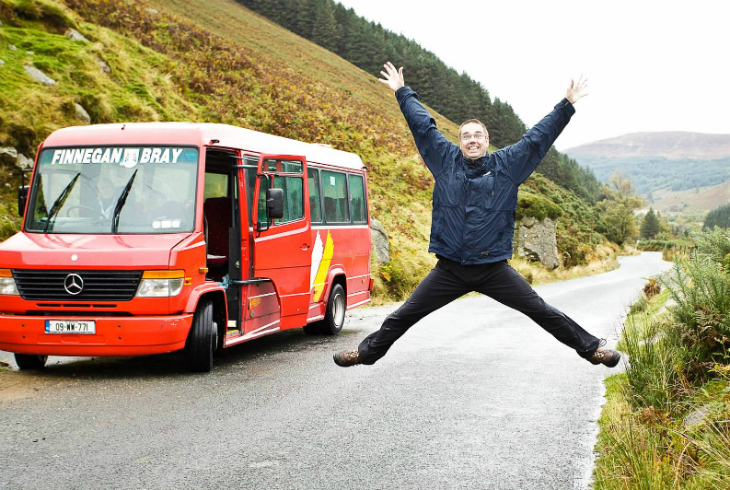 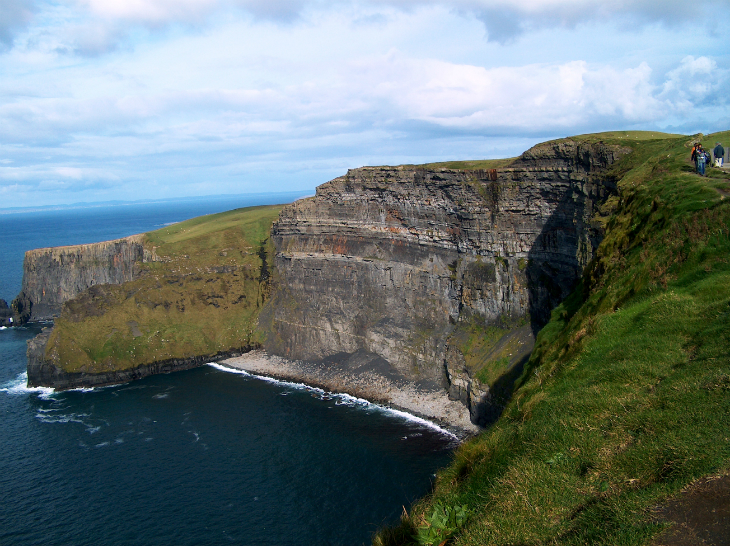 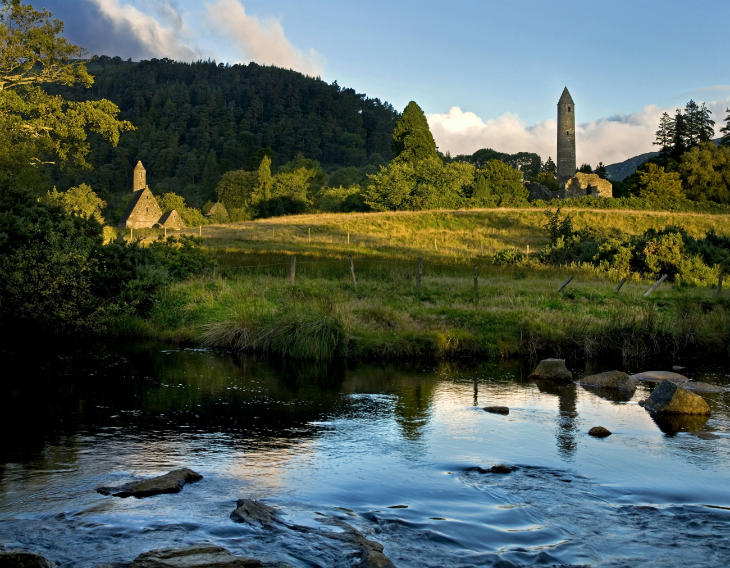 mail: This email address is being protected from spambots. You need JavaScript enabled to view it.